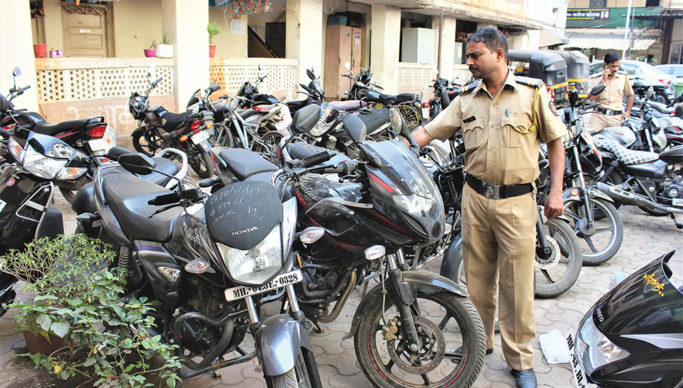 Recently, a brand-new Pulsar 220 bike purchased by Mulund Colony resident, Sukhdev Joshi was stolen! Joshi had parked his bike outside his house as per his daily routine. However, on January 12, 2019, some unidentified bike thieves stole his bike. Joshi was left devastated when, the next morning, he found his new Pulsar stolen.  He rushed to Mulund police station and lodged a complaint. Mulund Police immediately swung into action and succeeded in tracing the bike thieves holed up at Bhiwandi.

The accused have been identified as Manojdatt Gharat (21) and Dinesh Parshuram Goware (20). During interrogation, the thieves admitted their crime. The duo has been given judicial custody.