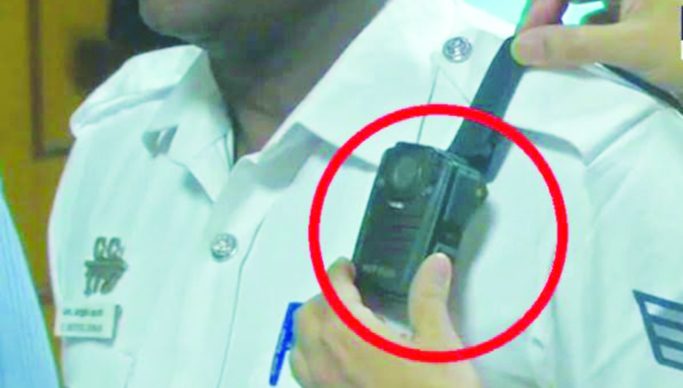 Violence against women and girls has not stopped despite the horrendous Nirbhaya rape case in Delhi! It seems, after the crime, the central government had set up the ‘Nirbhaya Fund’ to curb crimes against women and enhance the safety of women. Now, the Maharashtra government has taken an initiative to use the Nirbhaya Fund and strengthen the safety of women in the state. The government has decided to equip the patrolling police in Mumbai with Bodycams, the latest technology used in the UK and the USA for monitoring public surveillance and transparency of the police force.

The Bodycam is a modern technology marvel which is a small camera attached to the uniform of a policeman. The camera records any incident occurring at the scene of the crime. The audio/video evidence of an untoward incident could be of great importance during an investigation. Besides, through GPS and GPRS technology the information is also connected directly to the Control Room.

In short, technology will help to enhance security and create fear among criminals. However, the Bodycam has an ‘on/off’ button. Hence, the government’s claim that it helps in the transparency of police efficiency is uncertain.

An official of the Home Department told the media that the Maharashtra government has decided to root out crimes against women and, in its bid to tighten security, the government has sanctioned Rs. 3,600 crore from the Nirbhaya Fund. From this Fund, the government will use 70% for Bodycams. It may be noted a single Bodycam costs Rs 25,000/- The rest 30% of the Fund will be used to procure other modern security equipment like 500 additional CCTV cameras which would be installed around Mumbai and the balance would be used for boosting electronic security.

When Home Times spoke to Mulundkars many applauded the government’s initiative. Niranjan Rathod said, “Such type of technology is the need of the hour in India. The technology will not only be successful in curbing crimes but will also maintain the accountability of the police force. Secondly, the videos can be used as evidence.”

Another Mulundkar, Hindurao Mohite, told Home Times, “Just as a coin has two sides hence this technology, too, has its drawback like the button on the Bodycam raises suspicion on the transparency of the policemen. The policemen have the liberty to put on or switch off the Bodycam. Hence, one cannot keep a tab on the accountability of policemen.”