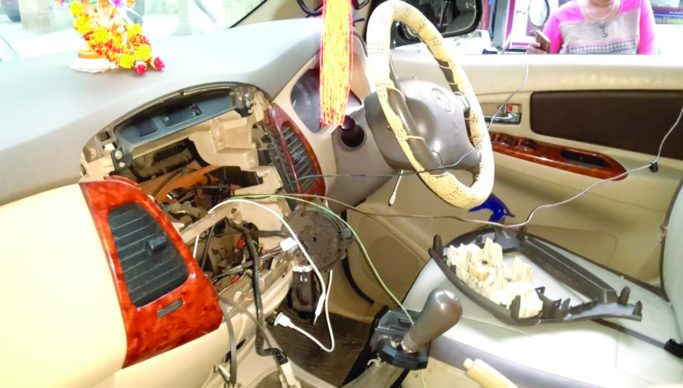 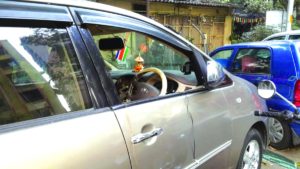 Mulund East resident Virendra Singh, one of the victims whose car tape-recorder has been stolen, told Home Times, “I live at Moti Sagar Apartments on Sane Guruji Road in Mulund East. I have a Honda I20 car. On December 4, Tuesday, I had dropped my son to school and, later, I had parked my car ahead of my building at Uma Apartment. However, to my dismay, the next day, December 5, Wednesday, when I came down to drop my son to school, I was left shattered to find the widescreen of my car broke and the car tape-recorder stolen.” He lamented, “It was an expensive Pioneer make car tape recorder worth Rs 8000/-.”

A Navghar Police official informed Home Times, “Virendra Singh lodged a police complaint with us. However, after Singh’s complaint, many more car owners like Kantilal Pathak, Chandresh Bhagwanji Jhala and Amit Anil Desai from the same Sane Guruji Road locality lodged a similar complaint of car tape-recorder thefts. Thus, within 2-3 days in a single week, we received as many as 4 complaints of car tape-recorder thefts.”

“We are doing our best and shall soon trace the accused,” assured Navghar Police. Meanwhile, Mulund East four-wheeler owners are in a state of panic. Not sweet music to the owners’ ears, indeed!!!