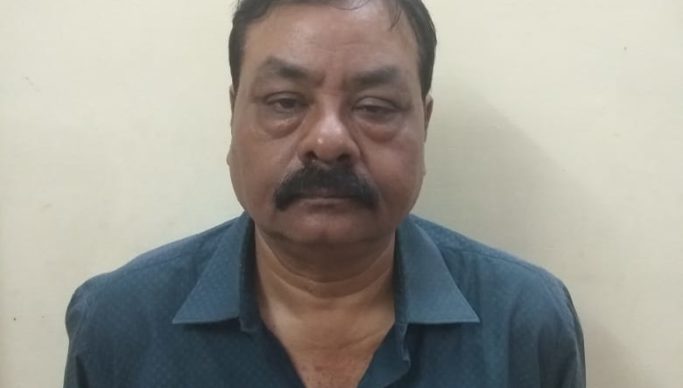 A cunning chain-snatcher has been nabbed by Navghar Police from Mulund (E) after laying a trap for him. The accused was involved in a chain-snatching incident at ACC Road in October.

Since the last few days, instances of chain-snatching in isolated areas have increased manifold with chain-snatchers using high-end bikes to indulge in this criminal activity. Recently, an old lady’s chain was snatched at ACC Road, where the accused fled on a motor cycle. The victim immediately lodged a police complaint with Mulund Police who viewed the CCTV footage and discovered that the chain-snatcher had snatched the lady’s gold chain and had escaped on a Unicorn model two-wheeler. Subsequently, Mulund Police kept a strict vigil at all Check Nakas of Mulund, questioning all owners of this brand of the bike. At the same time, Navghar Police also launched a manhunt at several places to trap the accused. As fate would have it, a police constable confronted a youth on a Unicorn brand bike near Khandoba Mandir on Nov. 28 and interrogated him. Upon questioning, the youth identified himself as Krishnakumar Singh. Upon further probing, it came to light that Singh was involved in many cases of chain-snatching. The police have recovered 75 gms. of gold jewellery, bike, helmet, cello tape, fake number plate and other items used in this nefarious activity. According to Navghar Police, many more skeletons are expected to come out of the accused’s closet in due course.