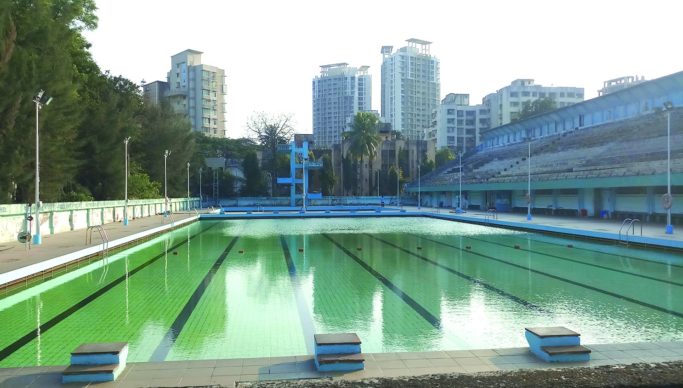 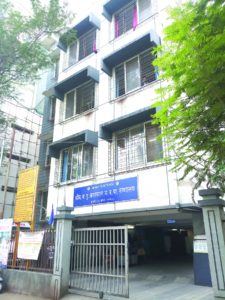 The Brihanmumbai Municipal Corporation (BMC)-managed Priyadarshini Indira Gandhi Sports Complex at Kalidas Complex in Mulund West is always in the news for the wrong reasons. This week, once again, the sports complex has made the headlines. No, not for any controversy related to the swimming pool, but for leakage of gas in the filtration plant of the swimming pool! Fortunately, no casualty has been reported, but a  lady fire brigade officer and 8 other fire brigade officers on duty fell sick on inhaling the poisonous chlorine gas and had to be rushed to a hospital for breathlessness.

The Mulund police and employees working at Priyadarshini Indira Gandhi Sports Complex informed Home Times that the ill-fated accident happened on December 11, 2019, evening at around 4.30 p.m. A sports complex official said, “Our security guard on duty first sensed foul smell near the swimming pool. The odour was quite obnoxious and stinking similar to LPG gas. Hence, he immediately alerted the fire brigade and asked everybody to vacate the complex. Luckily, there was nobody in the swimming pool. Hence, a major calamity was averted.”

“Soon, two fire engines reached the complex but by then the gas had spread. Hence, the fire officers inhaled the toxic gas and started coughing and some started vomiting. The affected included a fireman, a firewoman, two security guards, and four housekeeping staff,” he added.

Ravi Sardesai, the Senior P.I. at Mulund Police Station paid a visit to MT Agarwal Hospital to monitor the progress of injured fire brigade officers and lauded their valour. Speaking to Home Times, Sardesai said, “The incident resulted due to leakage of chlorine gas in the filtration plant at the sports complex. 8 fire brigade officers have been affected and admitted and are recuperating speedily.”

The chlorine gas leak at the swimming pool has led questions to be raised in the BMC with members criticising the administration of neglect despite having such huge resources at its disposal, which could lead to disasters in the future. Moreover, the members have demanded that the swimming pool authorities should refund the money if they cannot give the requisite facilities. Mulund corporators have demanded an early enquiry into the incident and bring to book the culprits.

Sports Complex’s appeal to patrons
The Priyadarshini Indira Gandhi Sports Complex has put up a board outside the complex informing patrons that, due to leakage of the chlorine gas in the filtration plant, the swimming pool and jogging facilities at Kalidas are closed.