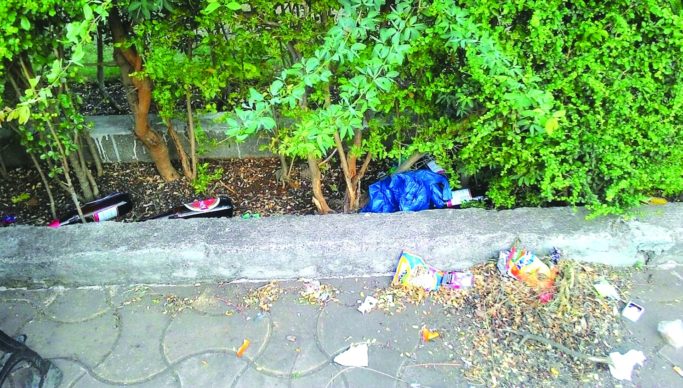 Dr. Chintamani Deshmukh Garden in Mulund East is a favourite spot of health enthusiasts, joggers and senior citizens who throng the garden in morning and evening to breathe fresh air and keep themselves healthy. However, it is tragic the pleasure of the citizens has been hijacked by some anti-social elements who have seized the garden and have become a threat to the peace-loving people who visit the garden!

People who throng the garden regularly told Home Times that the presence of some notorious goons in the garden has spoilt the fun of visiting the garden. People are scared to visit the garden due to the ‘bossism’ of these goons who play at their will and violate the norms of the garden. In addition, at night the garden becomes scarier as it is seized by alcoholics, druggies and gamblers.

Kiran Tawde, a resident of Palm Acres Society and a regular at the garden, lamenting the downfall of the garden, told Home Times, “The garden has been a blessing for Mulundkars for its scenic beauty and spacious greenery. But, alas, ever since the place has been captured by notorious elements people have started abandoning the place.” Informing about the irregularities at the garden, Tawde said, “It is sad that the skating track has become a cricket field. Many children from the neighbouring slums play cricket on the skating track thus spoiling its smoothness. They play at any odd time. Sometimes, I have seen them play at night.” Moaning about the alcoholics, he said, “Every morning when we come for a morning walk the sight of liquor bottles is awful. In addition, some college students have been seen consuming drugs like charas and ganja.” 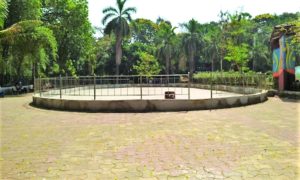 Condemning the presence of liquor bottles in the garden, an angry parent said, “The garden is thronged by little children, hence the sight of liquor bottle is obviously a wrong signal to these kids. We have also made a complaint regarding the liquor bottles and anti-socials ruining the beauty of the garden, but the police did not take the complaint seriously. Thus, at night, notorious elements make merry.” He added, “The civic administration must act urgently and also increase the number of CCTV cameras.”