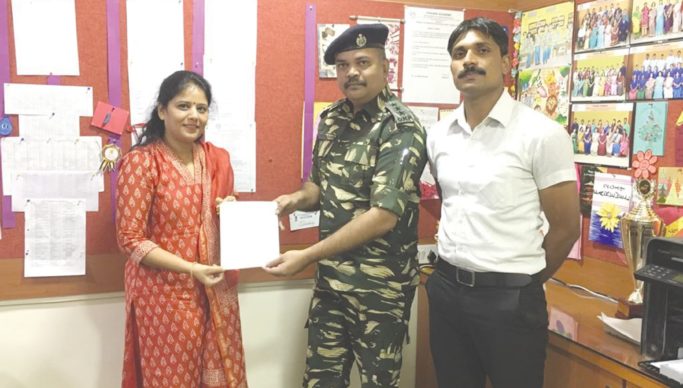 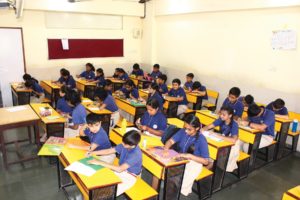 The Pulwama attack on February 14 in which several CRPF soldiers were martyred, left not only the citizens in agony, but even little children of this country were emotionally hurt. In Mulund, students of Friends Academy out-poured their grief and expressed their emotions and gratitude to the CRPF martyrs by painting cards. These cards were sent to the Special DG, CRPF. Touched by the sincere solidarity and heartfelt gratitude, the CRPF in return wrote back a ‘Letter of Appreciation’ to the School. This Appreciation Letter has thrilled the school management and students alike.

Shivani Balodi, Principal of Friends Academy, informed Home Times that, after the unfortunate Pulwama attack, she encouraged the students to make greeting cards and paintings highlighting the glory, valour and brilliance of the CRPF jawans. Speaking to Home Times, Shivani Balodi, who has a defence background, said, “Frankly speaking, I was not sure if our greeting cards would reach the defence forces of India. Hence, we sent the cards to every Defence Department of India. Fortunately, the CRPF applauded our efforts and we are delighted.” She added, “We had not expected the CRPF to appreciate our efforts in such a dignified and encouraging manner. Particularly school students too are delighted. What is most encouraging is that the reply from CRPF has infused new energy as many students have decided to make a career in the armed forces.”