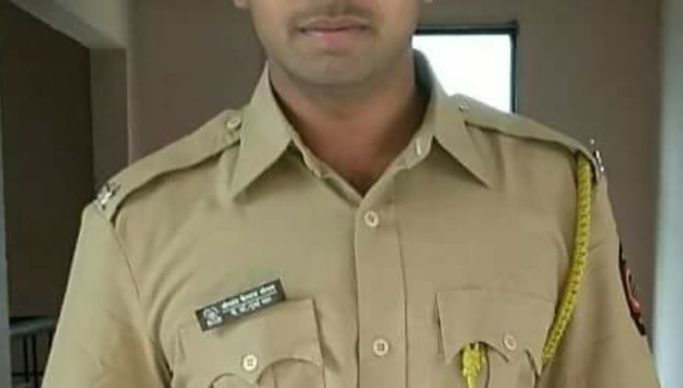 Mulund: Disgraceful instances of assault on policemen in the city are on the rise. Last week, Home Times had reported about a drunken youth who attacked a traffic policeman when he tried to stop the youth from eve-teasing women near a ladies’ public toilet. This week, a Police, Shrikant Thorat was brutally attacked with a sharp knife by a gang of three hoodlums. The grievously injured constable had to be rushed to an hospital to save his life.

According to reports, Shrikant Thorat is a Bhandup resident and is posted as a constable at the Police Commissioner’s Office in Mumbai. One night, when he was returning home from his duty, he was suddenly attacked by a gang of three hoodlums near Subhash Nagar. Shrikant Thorat bravely defended himself, but the gang attacked him with a sharp knife. Before the hoodlums could do more harm, some passers-by heard the cries of Thorat and came to his rescue.
Though the hoodlums escaped from the scene, the Bhandup Police caught the trio. The accused have been identified as Asif Shaikh, Rahul Bhosale and Kishore Raut. All the three are Bhandup residents.
Meanwhile Shrikant Thorat is fine and has been discharged from the hospital after receiving 7 stitches.