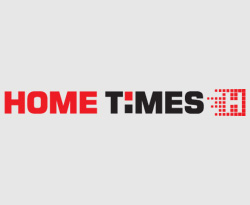 A notorious goonda, Subhash Bhande, recently slit the throat of a youth residing at Mumbrain an attempt to murder him.This horrifying incident took place at midnight on Sunday last at Jameel Nagar  in the vicinity of Bhandup police station.The grievously injured youth has been admitted at Sion Hospital.

The victim, Abdul Jabbar Mohammed Sayeed Ansari, disclosed to the police that he is a resident of Mumbra in Thane district. Being a past resident of Bhandup, he had come to meet his friend at Bhandup on April 28. At night, when he was sleeping in an auto rickshaw at Jameel Nagar, Subhash Bhande, alongwith his four gang members, accosted him. They woke up a sleepy Abdul and started arguing with him. “You think you are a don?” they asked him and started to mercilessly beat him.They stabbed him in the stomach and also slit his neck with a knife. A seriously injured Abdul was first rushed Mulund’s Agrawal Hospital and then shifted to Sion Hospital, where he is being treated in the I.C.U. section. Based on his testimony,the police have slapped all the accused with section 307 (Attempt to murder), Sn. 323 (Assault), Sns.504,506(ii) and Sn.34 of the IPC.

However,all the accused are absconding and the police are hot on their trail.