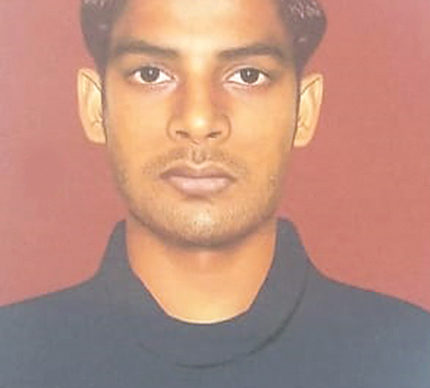 It is generally believed, no criminal can possibly escape the long arm of the law. But, alas, Navghar Police have failed to trace the criminal or identify the victim whose body was found two weeks back behind Vaze Kelkar College’s premises in Mulund East.

It may be noted that, two weeks ago, Navghar Police had recovered an unidentified dead body of a person in his 30’s and 40’s lying abandoned in the bushes behind Vaze Kelkar College. The discovery of the body had created a sensation in the area. The killer had cleverly disfigured the face of the victim by throwing acid on his face.

Navghar Police had immediately sent the dead body for post-mortem. According to the post- mortem report, the killer had brutally hit him on his head and nose as both were found fractured. Though Navghar police are on their toes, despite 2 weeks having elapsed, the case is still in limbo. The police have no clue about the killer or the motive behind the murder.  Navghar Police claim that they have watched all the CCTV footages in and around the scene of the crime. In addition, the police have also interrogated the local people, but still, there is no sign of the culprit or any material available relating to the crime.  In order to trace the accused, the police have even made a picture of the victim and circulated to police informers. The police are also looking into any report of a missing youth who is a look-alike of the victim.

Navghar Police, through Home Times, has urged citizens to share information related to the picture of the youth.