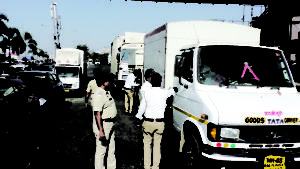 Masti, entertainment and excitement are synonymous with New Year’s Eve but while enjoying some people cross the limits and drive under the influence of alcohol. What is unfortunate is that, despite RTO warnings and appeals, some revellers do not pay heed and pay a heavy price. This New Year, RTO charged 778 alcoholics violating traffic norms in entire Mumbai while 67 alcoholics were booked under RTO laws in Mulund for traffic violations. 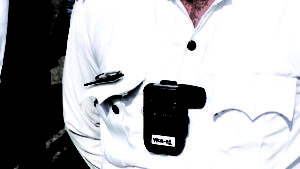 Home Times applauds the RTO and the Mumbai Police who did a great job. At every nook and corner, Mulund Police kept a hawk’s-eye on notorious elements and history-sheeters while the Traffic Police conducted special checks from 8 pm on December 31 to nab drunk drivers as revellers began their New Year’s Eve celebrations. Several roads were closed for the smooth flow of traffic. Special police bandobast was made at all three entry points in Mulund viz. Airoli Naka, Anand Nagar Naka and Modella Naka to thwart the entry of suspected terrorists or liquor and drugs smuggling into Mumbai.
The RTO had made special arrangements for breath analyzers and speed guns to nab drunk and rash drivers. From Mulund East, RTO nabbed 32 drunk drivers and from Mulund West 35 drunk drivers. As compared to 2018-19, this year there was a rise in traffic violations. Drunk drivers were penalized Rs. 2,000/- while without licence drivers were charged Rs. 2,500/-