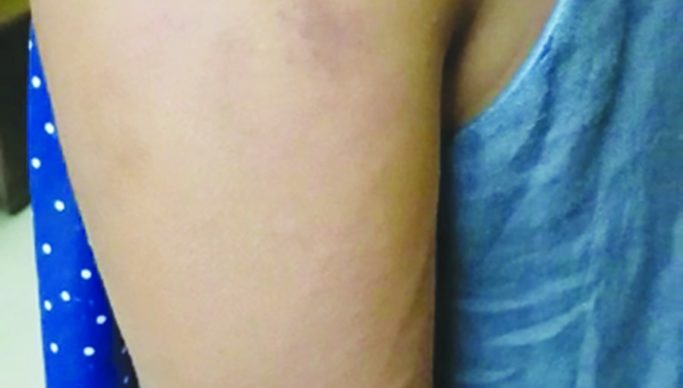 A pervert tried to seek sexual pleasure by touching inappropriately a Marathi TV actress while boarding a local train. But the alert actress raised an alarm and the pervert had to cool his heels at the police station!

The Government Railway Police(GRP) informed the media that on Monday, an 18-year-old Marathi TV serial actress boarded a Dadar-Titwala local from Dadar along with her friend. While the actress was boarding the local train, the 32-year-old accused, Om Hari Singh, touched her inappropriately. This irked the actress and she screamed aloud. Hearing this, the accused hid in the crowded compartment. Nevertheless, the actress had seen the shirt of the accused. Hence, in the compartment, when she saw a man wearing an identical shirt, she raised an alarm and told her friend about the accused.

The actress’s friend confronted the accused, but Om Hari Singh declined the allegations. Soon a quarrel erupted between actress’ friend and Om Hari Singh. The passengers, instead of supporting the ladies, watched the drama like mute spectators. Some even tried to close the chapter saying that Singh might have inadvertently touched the actress. Nobody came to the rescue of the girls.

The situation turned violent when Singh got down at Mulund station and rudely pulled down the ladies and began abusing and beating them. Watching the assault of Singh, commuters standing at Mulund station caught hold of him and started thrashing him black and blue. Later, the accused was handed to GRP while the commuters took the victim and her friend to the hospital. The actress sustained an injury on her head and has gone into depression after the shocking incident.

The case was initially first registered at Mulund GRP. Later, it was transferred to Dadar GRP. The accused has been remanded to 4 days, police custody and is cooling his heels at the police station!!