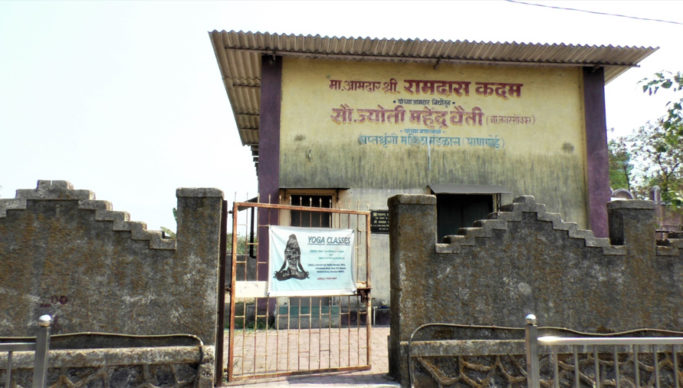 The Bombay High Court adjourned the hearing of the infamous land grabbing case in Mulund East from May 3, 2016, to June 26, 2018, as the prosecution advocate failed to appear in the court.

Readers may be aware that in our previous issue, Home Times had exposed the alleged corruption of top netas and a few hungry BMC officials who had grabbed public land reserved for entertainment and used it as Samaj Kalyan Kendra in Mulund East. This disgraceful act involves top ex-MP, MLA and Corporators of Mulund who, in an unholy nexus with BMC officials have, allegedly grabbed the land.
However, an alert and watchful RTI activist, Ankur Patil, has been closely following this unlawful activity. Hence, to expose these corrupt netas and BMC officials,he filed a petition in the Bombay High Court to seek orders for removal of the encroachment.
The High Court heard his petition and ordered BMC T-Ward to visit Samaj Kalyan Kendra and report the wrongdoing of the place. But T-Ward gave a Nelson’s Eye to the High Court’s order. As a result, the High Court slapped a Show Cause Notice on T-Ward.
On May 3, the High Court heard the case. On this occasion, Kishore Gandhi, Assistant Commissioner of BMC T-Ward, was present in the court. He confessed his blunder of ignoring the High Court’s order and sought pardon from the Hon’ble High Court. However, due to the absence of the prosecution advocate,the court hearing has been adjourned till June 26, 2018.