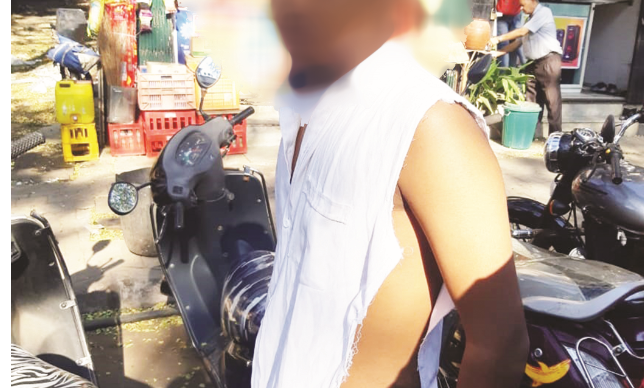 A trustee of Mulund’s renowned English school has been arrested for alleged brutal assault and sexual harassment on a Class X male student. It may be noted, a few days, back some mischievous students of the same school had cleverly morphed obscene photos of a school teacher and posted them on social media. The trustee suspected the student to be the brainchild behind the circulation of the obscene picture, hence he assaulted the student.
According to reports, on Monday, a 15-year-old Class X student, Mohan (name changed), in his statement to police, said that he was going to attend the PT class when he was stopped by the trustee of the school, Joseph Jerry. He took him into his cabin and brutally assaulted him and even tried to sexually abuse him. However, he managed to free himself from the clutches of Jerry Sir and escaped.
A terrified Mohan fled from the school and complained about the mis-deed of the trustee to his parents. The furious parents first went to the school to make a complaint but the trustee, Jerry Sir, accused their son and narrated his dirty act. The angry parents did not pay heed to the trustee’s allegation against their son and went straight to Mulund Police Station and lodged a complaint. In their complaint, they stated the student was so harshly and inhumanly assaulted that his school uniform was torn apart.
The Mulund Police admitted the student to M.T. Agrawal Hospital but the hospital doctors referred the student to Sion hospital on the grounds of serious injury. Medical reports revealed injury marks on the students’ body, thus establishing a violent attack on the student.
Based on the medical reports Mulund Police have arrested Joseph Jerry under IPC 323, 504, 506 and POCSO Act 8, 75 (11).