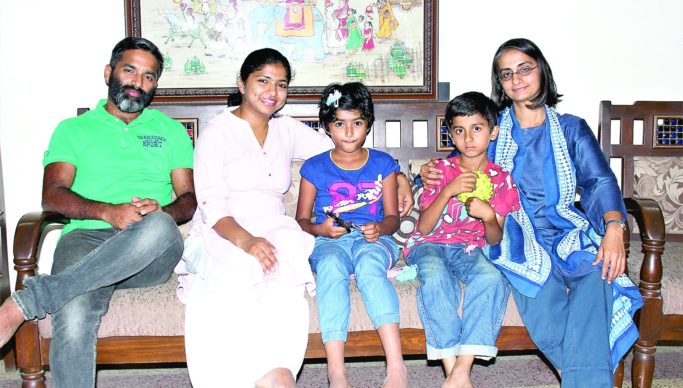 ‘School’ and ‘Study’ have always been bitter pills to swallow for kids. So, how about a modern form of education, where there is no hassle of attending a school or coaching class or any homework? A school where children have the freedom of enjoying whatever they like? Well, such a school may sound strange or impractical or a kind of school in a dream. But the fact is that such schools have become practicable and are called ‘Unschooling’!

Aptly titled ‘Unschooling’, such schools allow children to study without attending schools or giving exams!! The curriculum includes no lessons, no grades and no rules. This radical form of education is gaining popularity as many parents in Mulund and Thane are leaning towards this new form of education. Slowly, but surely, these schools are gaining a foot-hold in the urban cities!! Interestingly, a handful but a growing number of families are rejecting the traditional education models in favour of ‘unschooling’. Home Times Team met a few parents in Mulund and Thane who have discarded traditional ‘schooling’ and have welcomed ‘Unschooling’.

After Home Schooling, parents are showing much preference for this unique concept of Unschooling. The basic difference between Home Schooling and Unschooling is that, in Homeschooling, students have the liberty of sitting at home and employing private tutors to help them give their examinations. In contrast, in Unschooling, students not only have the freedom to stay at home, but they also have the liberty to give no exams!!! Students pursue their subject of passion and study it with enthusiasm and fervour without the burden of any examination!!!

Mulund residents, Sachin and Shraddha Adhikari, have chosen Unschooling Education for their 7-year-old daughter, Sai. Speaking to Home Times, Sai said, “I left my traditional schooling after class I and have chosen the Unschooling model of education and I love it. I spend my day by engaging myself in making creative objects from waste. I have lots of time to play and watch video on my smartphone. I also help my mother in her household chores and keep exploring new creative ideas.” She added, “Thus, I have the liberty to do anything of my choice. I only regret the school tests.”

Sachin Adhikari, the father of Sai, said, “I agree that it was very difficult to convince our family and relatives regarding the new model of Unschooling. However, I am proud that after watching the growing change in my daughter, Sai, there has been a change in the outlook of our society.” “Without attending school, Sai has acquired great command over English language and her creative skill is blooming, which I think would not have been possible had she attended school,” asserts Sachin.

Like Sai, Thane residents, Kedar and Binal Joshi, too, have adopted the Unschooling pattern of education for their son, Advait (8). Advait is passionate about cricket. Hence, owing to ‘Unschooling’, he is happy to focus his energy on his passion of practising cricket at the ground. Speaking to Home Times, Advait said, “Unlike other children who attend school, I get more time to do various things and, of course, practise cricket. If I had attended school, then I would not have been able to do so many things being under pressure of attending school and tuitions.”

Delighted at the latest education pattern of Unschooling, Binal Joshi, told Home Times, “Like me, there are several parents who are frustrated with the orthodox system of Indian education. Hence, some parents are bringing in the new revolution of unshackling their children from the burden of the traditional style of school, tuitions and various coaching classes. Unschooling is boosting the confidence of my child. I think parents must give liberty to their children to select their field as it will help them seek a brighter and glowing future.”

Parents like Sachin and Shraddha Adhikari and Kedar and Binal Joshi have realised the trauma that young children undergo at a young age at schools. Hence, they have opted for Unschooling. It would be great if other parents also join the new trend as Unschooling believes in the motto, “Care more about happiness and less about certificates”!! How true, if we adopt this new system of education for kids then stress and tension would automatically fizzle out, making life peaceful and entertaining.

What is Unschooling?
Unschooling, as the name suggests, means education in which a child aspires to pursue or has a fondness for certain art.  Unschooling students learn through their natural life experiences including play, household responsibilities, personal interests, curiosity, etc.

It provides opportunities to explore their interests. It was invented by John Holt, who coined the term in 1977.