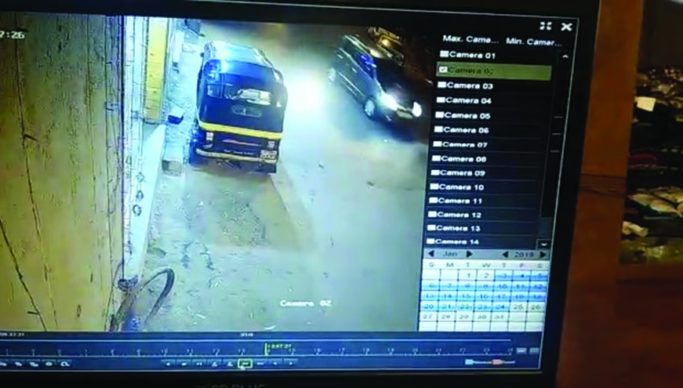 Mulund: After chain and mobile-snatching, thefts of vehicles is on the rise in Mulund!  In the first month of the New Year, as many as six cases of vehicle thefts have rocked Mulund. Readers may be aware that in our previous issue Home Times had highlighted about bike thefts and urged Mulundkars to be cautious and careful while parking their vehicles as a gang of vehicle thefts is active in Mulund. Recently, a Wagon R car was stolen from Malabar Hill in Mulund!!!

According to Mulund police, Jeetu Rampal parked his Wagon R car as usual outside Anant Anand building near his house at Malabar Hill on January 21, 2019, and went to work. On the night of January 23, when he returned from work he was left shattered to find his Wagon R car missing. On inquiring with his cleaner, he came to know that the car went missing on the morning of January 23, 2019.

Jeetu tried his best to trace his car but, after a lot of searching when he could find his car, he eventually lodged a complaint on January, 29. Speaking to Home Times, Jeetu said, “I have been parking my car here for the past many years but there has been no problem. A few years back, a vehicle theft gang was active in this area, but since then there has been no big vehicle theft in this area.” He added, “This area is quite dark and gets even darker at night. Plus, there are no CCTV cameras, hence probably the thieves must have kept an eye on my movements and committed the crime after good planning.”

Mulund police informed Home Times that in January there have been 6 instances of vehicle thefts which includes 4 Activa bikes, 1 Pulsar 220cc bike and 1 Wagon R car.

The police are hunting the gang and have urged citizens to park their vehicles at a safe and secure place.