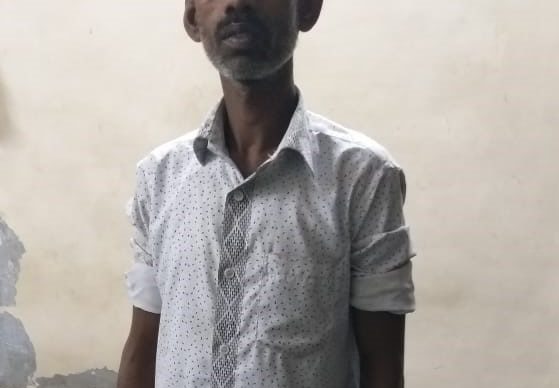 Kudos to 22-year old Sarvan Padda, an alert resident of Amar Nagar in Mulund (W) who thwarted a molestation attempt on a two-year girl which would have resulted in horrific consequences for the innocent kid.

On Monday afternoon, a 38-year old resident brought a 2-year old girl near Amar Nagar pipeline and began molesting her after dragging her into the bushes behind the pipeline. The child sustained some injuries in the process. But, Fate deemed it otherwise. Before he could do any further harm to the innocent victim, Sarvan Padda, a resident of Amar Nagar happened to be passing by the place when he heard a child crying. Initially, Sarvan ignored the wails of the victim and went to his house. However, after about half an hour when he left his house again, he heard the same cries and decided to investigate.

When he approached the bushes, he saw a 35-40 year old man with a 2-year old girl. Upon enquiring, Sarvan was informed that the accused had brought the child to answer the call of Nature. However, Sarvan’s suspicion was aroused and he brought the accused, Vijay Yadav and the child to Mulund police station.

Subsequently, Mulund Police visited the crime site and interrogated Vijay who kept changing his explanation. Later, a female constable accompanied the child to her residence at Bhandup and informed the victim’s family of this sordid incident.

Thereafter, Sarvan Padda and the victim’s family lodged a complaint against the accused, Vijay Yadav, at Mulund police station. As per reliable sources, the police are investigating further under Sections 363 and 354 of IPC and Sections 8 and 12 of POCSO Act.