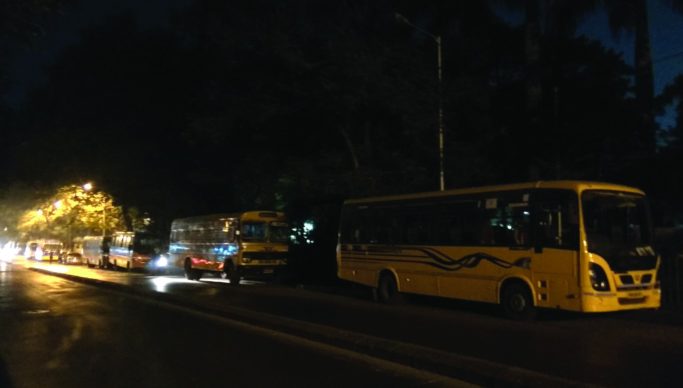 Residents living at Mulund’s famous Madan Mohan Malviya Road are living under threat as goons in the area have unleashed terror due to the absence of street lights after dark. Taking advantage of the darkness due to non-functional street lights, these goons loot residents, snatch their chains or bags and escape in the darkness. Residents have been facing this grave problem since the last one year!!

Resident Heer Shah told Home Times, “The streetlights on Madan Mohan Malviya Road are not functioning since almost one year now. Taking advantage of this darkness, many notorious thugs and anti-socials have made life hell for the residents of this area. In the recent past, many instances of chain-snatching, bag-snatching and other crimes have increased, and this has sent a chill down the spine of the locals. The terror is so much that people are terrified to move out of their house after 8 pm.” 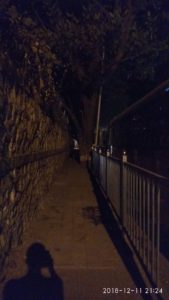 Shah added, “Daily, we notice many drug addicts and anti-social elements sitting in groups behind buses and consuming drugs and alcohol. Due to their fear, the residents of the area are afraid to move out after 8 pm.” “Besides the fear of goons and hooligans, residents of the area complain that the footpaths are also not in a fit state to walk on. Some footpaths are risky with broken paver blocks, while some footpaths are really dangerous to walk as they are encroached upon by snakes and other insects that roam on the footpath due to darkness,” informed Shah.

Besides no street lights, the road is encroached upon by illegal parking of school and private buses on both sides of the road. Due to this, the footpaths designed for the safety of the pedestrians are shadowed with darkness. Hence, people have no place to walk.

Frustrated residents of the area have thus approached Home Times to seek a solution. Readers may be aware that Home Times, in its past several issues, has been highlighting the grave issue of Mulund roads without street lights! Though the administration has paid attention to this issue, still many important roads in Mulund are without functional street lights. As a result, miscreants and hobos are making life hell for the people living in its vicinity.

Home Times appeals to MSEDCL to solve the problem of the street lights at Madan Mohan Malviya Road at the earliest.