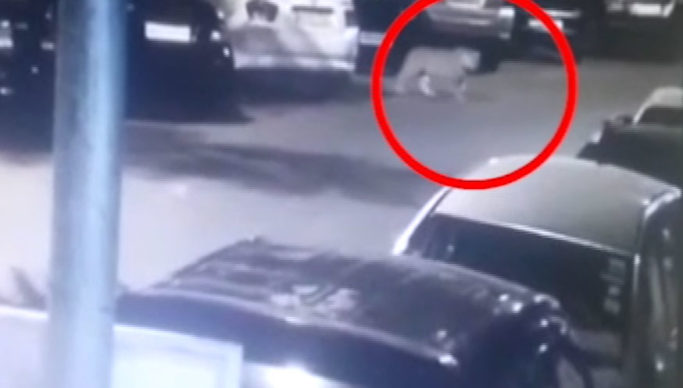 Ever since man’s lust for land increased, he started intruding into the jungles and started building towers and skyscrapers, caring least about the wildlife species habituating these forests and the dire consequences. The mute animals initially did not resiste and went their way as there were other green spaces to survive, but in the past few years a deadly conflict is underway between India’s growing masses and its wildlife, confined to ever-shrinking forests and grasslands, with data showing that about one person has been killed every day for the past three years by roaming tigers or rampaging leopards.

A similar conflict is visible in Mulund, which is on the edge of Sanjay Gandhi National Park (SGNP) and has, in reality, intruded in to a major part of SNGP. As a result of this illegal intrusion, the leopards at SGNP are threatened and have stated to intrude into Mulund to seek food for survival. Earlier, there were a few instances when one witnessed a leopard intruding into city limits, but in the past few years there have been several instances where many leopards have come out of their comfort zone of SGNP and have been observed roaming in urbane Mulund areas causing sensation and fright among Mulundkars.

The height of a leopard’s intrusion was witnessed a few months back in Mulund (E) when a leopard entered a populated area at Nanepada. The leopard entered into the house of residents and attacked as many as six residents, causing fear and anxiety among Mulundkars. A leopard entering into the house of a person in was the first-of-its-kind wild animal intrusion in Mulund!!!
Though,earlier, leopards had injured many human beings and even killed a few living in the vicinity of SGNP, but a leopard entering a residential area and attacking so many was a ‘First’and it warrants serious thought!