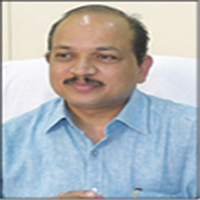 The drop of 1,09,207 voters in the Mumbai North East Constituency raises eyebrows!

Mulund: The battlefield for the Lok Sabha Election is becoming more intense with the date of polling fast approaching. Each political party is leaving no stone unturned to make its candidate win the election.

The most thrilling and intriguing contest in Mumbai will be fought in the Mumbai North East Constituency as this seat has witnessed BJP dropping its sitting MP Kirit Somaiya and, instead, fielded young and dynamic Manoj Kotak, who is not only the Group Leader of the BJP in BMC, but is also a seasoned politician with three consecutive wins in the Assembly polls. In contrast, Sanjay Dina Patil, contesting the election on NCP ticket from the same constituency, has an upper hand on Manoj Kotak, as Sanjay Patil had earlier won the Lok Sabha seat from the same constituency in 2009. Thus, he is aquatinted with the people of this ward and their problems. Besides, BJP and NCP, additional 27 independents are also contesting the election and hoping for a miraculous win!

Later, the seat kept oscillating between BJP-Shiv Sena and the Congress. In 2009, Sanjay Patil won the seat on the NCP ticket by defeating BJP’s Kirit Somaiya by a small margin of 2,933 votes. However, in the next 2014 Lok Sabha Election, the Modi wave influenced the people of North East Mumbai constituency. Hence, they once again supported BJP and Kirit Somaiya won the election with a huge margin of 5, 25, 000 lakh votes!!

However, despite Kirit Somaiya winning with a huge margin, the BJP has been forced to drop Kirit Somiaya from the constituency for this election because of a severe tiff between Kirit Somaiya and the Shiv Sena which, incidentally, is the alliance partner of BJP. Nevertheless, this time Shiv Sena stood up in arms against Somaiya and threatened to break the alliance if Somaiya was given the ticket. The tussle thus paved the path for the entry of Manoj Kotak.  Interestingly, Kotak is the favourite of Shiv Sena and Kotak has maintained cordial relations with Sena Chief, Uddhav Thackeray and also top leaders of the Shiv Sena. Thus, with good support from the Shiv Sena and an equally good support from the BJP, Manoj Kotak is expecting smooth sailing!

Thus, what will be the result this time is chilling suspense and this suspense has made the contest in North East Mumbai constituency most captivating!!!

Election Commission Preparation
To conduct free and fair elections. the Election Commission (EC) has appointed 95 surveillance teams, who are keeping a hawk’s-eye on the anti-socials trying to violate the Model of Conduct. These teams have, till date, seized Rs 3,28,000/-

In addition, the team has even-seized 6,600 litres of country liquor and 266 litres of branded liquor. The teams are keeping a tight vigil at the country made liquor shops and beer bars. Till date, 27 cases of violation of the Model of Conduct have been reported.
Public awareness about voting

Vivek Gaikwad, an Election Commission officer of the Mumbai North East constituency, told Home Times, “To make the lazy Mumbaikars move out from their homes, efforts are being made to educate and motivate them to come out of their homes and vote on the voting day. Many Bachat Gats and NGOs are conducting street plays to educate people about the importance of voting and making appeals to cast their valuable votes and bring a strong and corruption-free government at the Centre.”