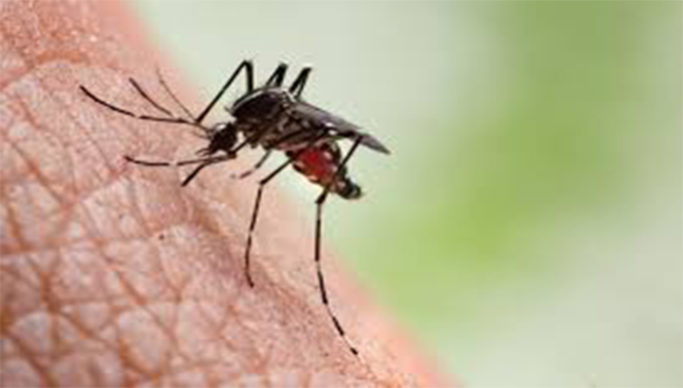 BMC T- Ward witnesses a staggering 35 cases of suspected Dengue In October and 92 in September!

The death of a 22-year-old Mulund lady, Jeel Jagdish Saparia, due to dengue has yet again triggered fear among Mulundkars as the number of suspected dengue cases has seen an unprecedented rise in October! According to the Health Department of BMC T-Ward, a staggering 35 cases of suspected dengue have been registered in the civil hospitals in October. What is alarming is that the number of suspected dengue cases in September stood at 92! Thus, citizens are living in the grip of fear and have condemned the BMC Health Department for poor fogging in dealing with vector-borne and water-borne diseases.

It may be noted the monsoon season started with a 32-year- old youth Harsh Karia from Mulund becoming the first in the city and suburbs to succumb to dengue. After his death, BMC T-Ward sprung into action and carried fogging and conducted an awareness drive. However, the death of Jeel Saparia and the increase in suspected dengue cases in Mulund has exposed that BMC T-Ward’s action against dengue was merely an eyewash!

Defending itself, an officer from the Pest Control Division of BMC T-Ward told Home Times, “It is incorrect to condemn BMC Health Department for being laxity in our action against dengue because the rise in dengue cases is predominately due to an increasingly volatile climate. With varying climate such viral diseases are common.” He added, “We have been carrying out fogging persistently. On average, we have conducted fogging daily at 450 -500 houses in about 70 to 100 different places in Mulund. In September, we did extensive fogging that included 1,759 commercial places, 18,483 slums and 24,000 houses!”

Lamenting over the residents’ arrogance towards dengue and the bossism of some Mulund residents, the BMC T-Ward officer lamented, “It is that some people do not understand the horrors of the dengue disease. We have identified 23 housing societies that still do not entertain BMC Pest Control Officials into their societies. This is wrong! Nevertheless, we are happy that there has been a wide awareness among the people.”

The good news is that this year there has been a sharp decline in the dreaded malaria cases in Mulund. As regards dengue, the BMC T-Ward Health Department officer promised to tackle the disease with full force in the next monsoon season!