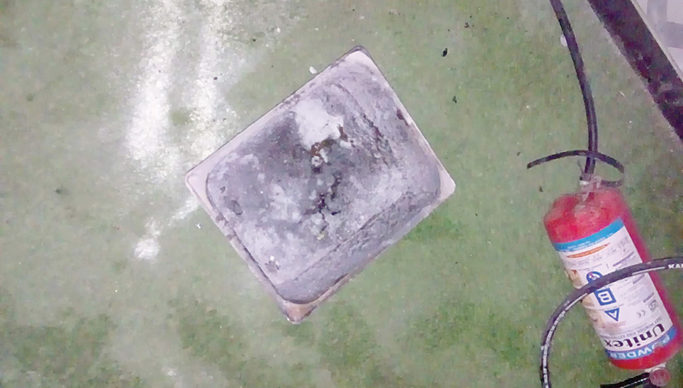 Gudi Padwa, the New Year of the Hindu calendar, is regarded as the most auspicious day for the Hindu community. People perform puja and celebrate the day with delight. Mr. Vinay, the owner of the Hotel Blossom located at Devidayal Road, Mulund (W), too organised a puja before opening the hotel for his guests and the public. But, unfortunately, a slight negligence during the puja ceremony led to chaos as the customary fire lit during the puja raged and led to commotion and chaos. Fortunately, there was no casualty as the fire was soon controlled with a fire extinguisher.

Mr.Rajendra Jadhav told Home Times, “The mishap was caused by the fire that erupted after the utensil used for the rituals of the puja got over-heated and exploded. Since everybody was busy in the preparation for the ceremony, we forgot to keep a watch on the oil that was being heated. The cook was assigned the duty to keep an eye, but a minor negligence by the cook led to a huge tragedy.”

As soon as Mr. Vinay witnessed the fire, he immediately requested his relatives and other members of the family to move out of the hotel. He instantly alerted the fire brigade and police. Soon, the police and the fire brigade reached the spot and brought the fire under control.