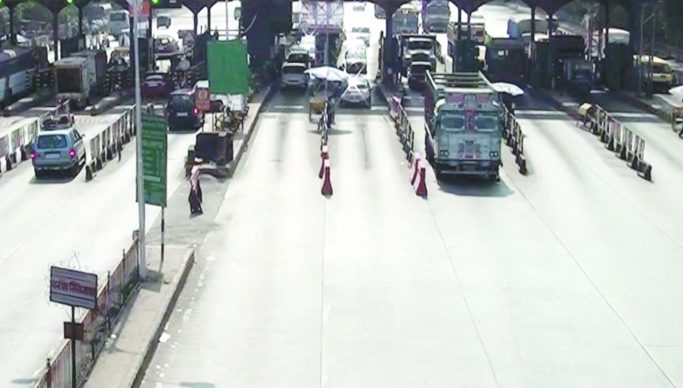 Last week, Home Times alerted its readers that the government is planning to make FASTag mandatory for all vehicles passing through the Toll Nakas from December 1, 2019, on the National Highways constructed by National Highways Authority of India (NHAI). But, as a relief to motorists, the Central Government has extended the deadline to December 15, while the Maharashtra State Road Development Corporation (MSRDC) has decided to implement the new Electronic Toll Payments (ETC) from January 1, 2020.

The decision to increase the deadline has been taken because the MSRDC has to equip the toll plazas with scanners to read FASTags, put up CCTV cameras to identify the vehicle type and make necessary software changes. R. L. Mopalwar, Vice Chairman and Managing Director of MSRDC, informed the media that until contractors at other national highway switches to FASTags technology, MSRDC will start ETC from December 15, initially on the NH-48 (Old Mumbai-Pune Highway) and the Mumbai-Pune Expressway.

He further informed that since all operators need time to switch to FASTags, hence the December 1 deadline has been extended.

Nevertheless, by January 1, 2020, MSRDC plans to start ETC at least two lanes of each toll plaza which would be further extended gradually to other lanes. In Mumbai, MSRDC will begin FASTags at Mumbai’s five toll points viz. Dahisar, Vashi, Airoli, LBS Marg and Mulund and the Bandra-Worli Sea Link from January 1.

It may be noted that Radio Frequency Identification (RFID) technology-based FASTag will enable motorists to swiftly cross toll lanes without standing in queues as the toll will be directly deducted from the Pre-Paid account or any digital payment system like debit card, credit card, net banking, etc. or directly from the bank account.

Motorists have welcomed the new mode of ETC. A motorist said, “I have equipped my car with FASTag and am waiting desperately for January 1. The new system is a boon for motorists as it will not only decongest the massive rush at Toll Nakas, but motorists with FASTags need not waste time in long queues and rapidly move off from the Toll Plazas!”