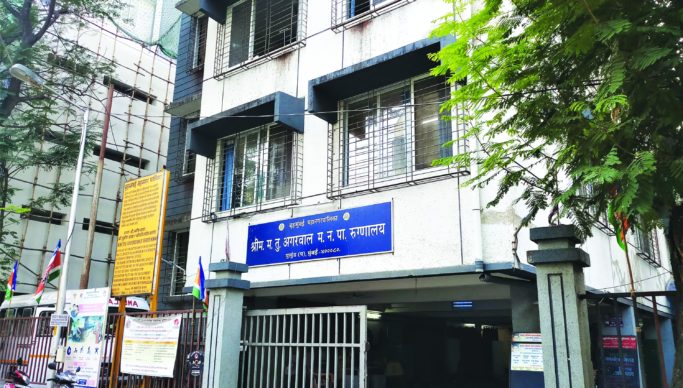 Hence, rocked by the death of Madhukar Gaikwad, the BMC has decided to have privatization of ICU in civil hospitals across Mumbai. BMC has finally announced that, along with Mulund’s MT Agarwal Hospital, 12 other hospitals, including Rajawadi Hospital (Ghatkopar), Bhagwati Hospital (Borivali) and Bhaba Hospital (Kurla) will have private medical staff for the ICU section.

According to reports, the proposal of privatization of ICU sections in civil hospitals has been lying for the past one and half years. However, the Standing Committee had created the roadblock alleging that despite the health budget raised to Rs. 3,000 crore, the BMC is neither improving its infrastructure nor appointing the best medical staff for civil hospitals. The matter thus got entangled. However, along with the dearth of specialist doctors, the vacant post of resident doctors and the Medical Officer has also not been filled. Thus, BMC is helpless and has decided to hire private doctors.

Many civil hospitals in the suburbs are facing a dearth of doctors. The posts of resident doctors are lying unfilled for the past 6 months, claiming appropriate candidates are not available. Similarly, the ICU units do not have heart specialists, neurosurgeons and kidney specialists. As a result, the patients are in a tight spot. There are uproar and chaos at the civil hospitals. Hence, BMC has decided to opt for private doctors.

Last week, BMC held a meeting of the group leaders of standing committee members and clarified all the queries relating to the privatization of civil hospitals. BMC convinced them about the desperate need of private doctors. The Standing Committee gave its nod.