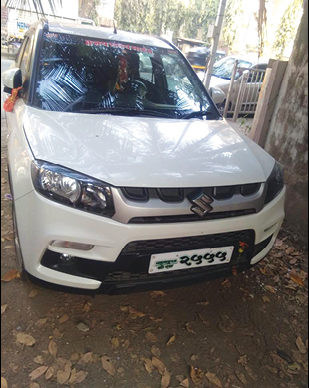 An alarming increase in the number of car thefts in Mulund has created fear psychosis among vehicle owners. Readers may recall, a few weeks back Home Times had highlighted how parked cars were being stolen in Mulund Colony. This week, another case of car theft at Nahur Village has rocked Mulundkars and left even Mulund perplexed!

According to reports Vijay Verma, a resident of Shreeram Society in Nahur Village had parked his Maruti Brezza car (MH 03 CS 2555) at an open place where he has been parking his car since the past many months. On March 30, Saturday, Mr Verma came home late from his office and parked his car at his regular place at about 1 a.m. Next day, at 7.30 a.m. when he went out, he was left stunned to find his car missing. A baffled Mr. Verma lodged a police complaint. The police are investigating the case. Surprisingly, this is Mr Verma’s second car that has gone missing from the same parking spot!!

The rise in car thefts has gradually increased from the beginning of the New Year. Home Times had carried a detailed report of car thefts in our earlier issue where we had highlighted about 6 cars being stolen in a single month! The car thefts have become a big issue and people have demanded to increase police patrolling at night in the Nahur Village region.

The police informed the media that after watching the CCTV they have observed the modus operandi of stealing cars. Police said the accused break the rear glass of the cars and, after seeking entry into the car, they ride off! The police are trying to pin down the culprits using clues from CCTV footages.